Jun 18, 2014 | Committing to the Practice of Thrivability

Journal Entries on the Way Home

On the lovely little Wasan Island, a few days into a week-long retreat to explore the Soul of Place. Already so full of richness… trust and connection…. heightened awareness of what’s possible and what’s really needed – for each of us, in our work, in the world.

Today, we’ve been exploring the patterns of homecoming, asking: Where is home and how do we find our way there? And why is this important? To reflect on this, we each went alone to the place on the island that called to us, that felt most like home. I chose the East Dock, with its charming white wicker furniture. As I arrived, I moved one of the chairs into the sun. And then I wondered if the ability to change a place is a prerequisite to feeling at home there. Later, in conversation with two other people, I moved a log that was standing on end along the path, making it my seat while we talked and then putting it back as I left. Someone had said that if we are to be truly welcoming, we must be open to being changed by the encounter. Is the same true for a place?

When I brought this question back to the group, Cynthia (a respected leader across different First Nations communities) said her people recognize that there’s a whole universe of life under that log that I moved. “Imagine if someone came along and ripped your house away,” she said, “leaving you exposed, scared, confused.” Part of the sacred circle of belonging is awareness that I’m not the only one to make this place my home. This isn’t to say that we can’t change anything; it’s to say that we should do so with respect and even reciprocity. This feels right. 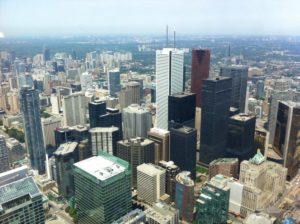 The others have left. I’m at the next meeting, still on the island, but now with leaders of various Canadian foundations. One of them talked about his organization’s work to address the problem of Toronto’s 2,000 high-rise towers. A research project found that people who live in them generally feel isolated, unhappy, lonely – without a sense of home or belonging. It reminds me of studies showing that social isolation poses a health hazard on par with cigarette smoking, so that if you smoke and are isolated, it’s a toss-up whether you’d be better off quitting smoking or joining a social club. The guy from the foundation explained that they can’t just tear the towers down, so they’re helping build a belt of human-scale community around the base of them and introducing concierges who can help build connections. It helps, some.

On the train, on the way back to Montreal. The guy sitting across from me wants to tell me about his work. “I build towers,” he says. His main client at the moment is an 89-year-old Greek man who owns a small parking garage in a prime downtown spot. He has two sons who don’t get along with him or each other (or the tower guy, in fact). Still, the old guy wants his sons not only to inherit the land value, but also to get a sizable check at the end of every year. The solution is to convert the parking lot into a high-rise tower. The tower guy explains how he has to watch every contractor like a hawk – you can’t trust anyone in a business where there are millions of dollars at stake. For example, he says that at the beginning of the project, you get a quote for how much soil you’re going to have to remove and what types of soil. But you can’t really know until you get in there. And then it’s hard to verify, especially after it gets dumped on an Indian reservation. You have to watch them all like a hawk. 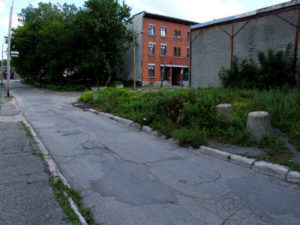 As the train pulls into Montreal along the back of Griffintown, the tower guys says wistfully, “If this were Toronto, this would all be developed.” Then he points to a grassy field and says, “See that empty lot, where there’s nothing there? We own that. We’re about to put 60 stories there.” He’s very proud.

Where is home and how do we find our way there? It’s becoming clearer why this question is important.

[If you enjoyed this article, please consider subscribing to receive future posts by email.]